Toxic algae in Lake Mead
During the summer of 2016 I saw algae numerous times at South Cove and at the NPS website was a warning not to swim and not to let pets get in water near toxic algae. NO warnings at the lake. Now we're facing a nationwide threat.

I wasn't at South Cove at all in summer 2017 as I now prefer to go to the Colorado (cooler and NO algae) and I find it strange that most feedback I got in response to Facebook or blog posts was indifference to the health hazards.

Toxic algae: Once a nuisance, now a severe nationwide threat

By JOHN FLESHER and ANGELIKI KASTANIS

MONROE, Mich. (AP) — Competing in a bass fishing tournament two years ago, Todd Steele cast his rod from his 21-foot motorboat — unaware that he was being poisoned.
A thick, green scum coated western Lake Erie. And Steele, a semipro angler, was sickened by it.

Driving home to Port Huron, Michigan, he felt lightheaded, nauseous. By the next morning he was too dizzy to stand, his overheated body covered with painful hives. Hospital tests blamed toxic algae, a rising threat to U.S. waters.

“It attacked my immune system and shut down my body’s ability to sweat,” Steele said. “If I wasn’t a healthy 51-year-old and had some type of medical condition, it could have killed me.”

He recovered, but Lake Erie hasn’t. Nor have other waterways choked with algae that’s sickening people, killing animals and hammering the economy. The scourge is escalating from occasional nuisance to severe, widespread hazard, overwhelming government efforts to curb a leading cause: fertilizer runoff from farms. ... 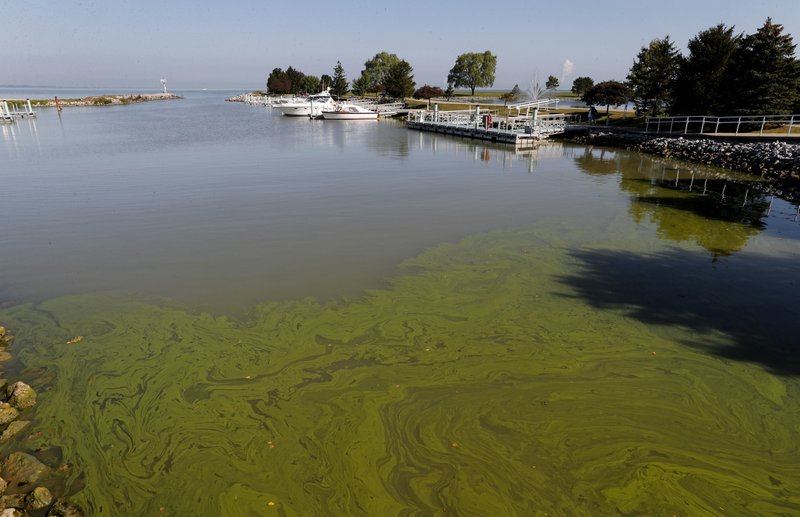 I'm not aware of our BOS looking into this and please spare me the "it's not our job, but NPS."  It IS our job to demand action and our BOS instead sent letters to the feds requesting they open up more Arizona land to uranium mining.

I don't understand WHY we have this toxic algae in Lake Mead as there is no farming.  So what is going on?